Written by Alexander Sergeev
Updated over a week ago

ABC segmentation (or also ABC analysis) is a special method that allows specialists to identify the effectiveness of the company’s resources and classify them in order of importance. ABC segmentation can be used in the field of activity of any enterprise. It also should be noted that ABC segmentation is often confused with another technique called ABC Method that implies a model that describes and allocates the company’s costs.

The essence of ABC segmentation

As a rule, all the resources of the company are divided into three (or more) different categories as in the following scheme: 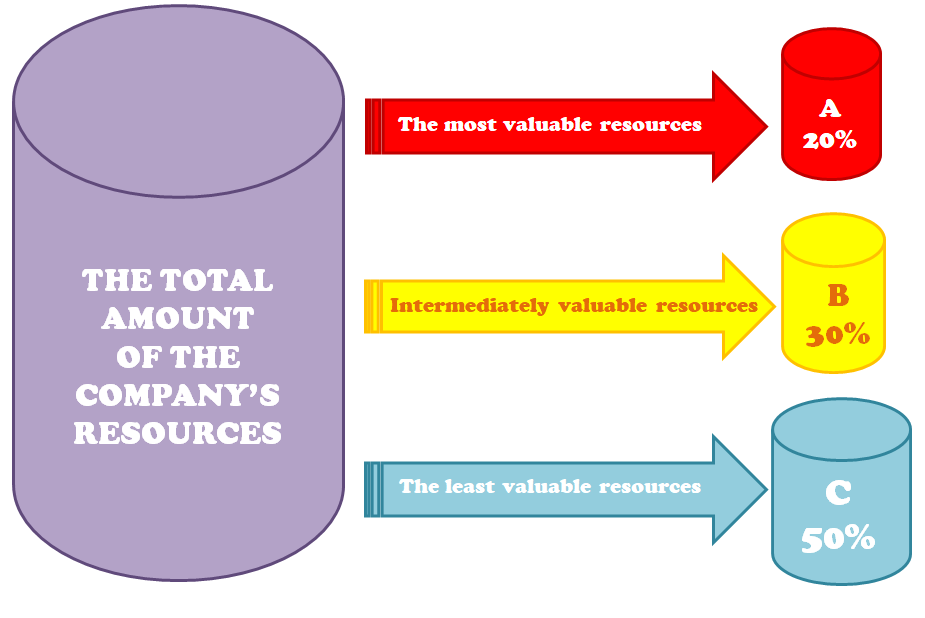 That is, it is important to pay a close attention to at least the fifth part of the total amount of the company resources, and it will have the proper effect and give a great deal of the desired business results.

It should be noted that such division concerns not only the company's resources in the form of its production but also any data amenable to statistics: suppliers, business partners, clients, periods of production, etc. The result of ABC analysis is the grouping of objects in accordance with their degree of influence on the company success.

There is a typical procedure of ABC segmentation:

ABC segmentation is considered to be a kind of the technique for prioritization of many components in product development processes. You will be also interested in the following articles:

Did this answer your question?