All Collections
Hygger Course №1 - The first day in Hygger
Lesson 6. How to leave a comment?

Written by Jessica Korobko
Updated over a week ago

Once you assign members to a task, you make them responsible for the task completeness and activity in it. Leaving comments will help you to communicate with your colleague and create a connection between them.

Comments are the most often made operation in Hygger, that’s why we separate it to another lesson.

When you type @ sign you will have the pop-up with the list of members. If you don’t remember they Hygger short name, you can find it on the Members list.

Hygger allows you to response not only to one participant of a conversation but all of them. And don't worry if you accidentally close a task while you are typing a comment. The message will be saved when you reopen it.

So if many colleagues are involved in the conversation under the task, instead of writing their names you can click on “Reply All”. 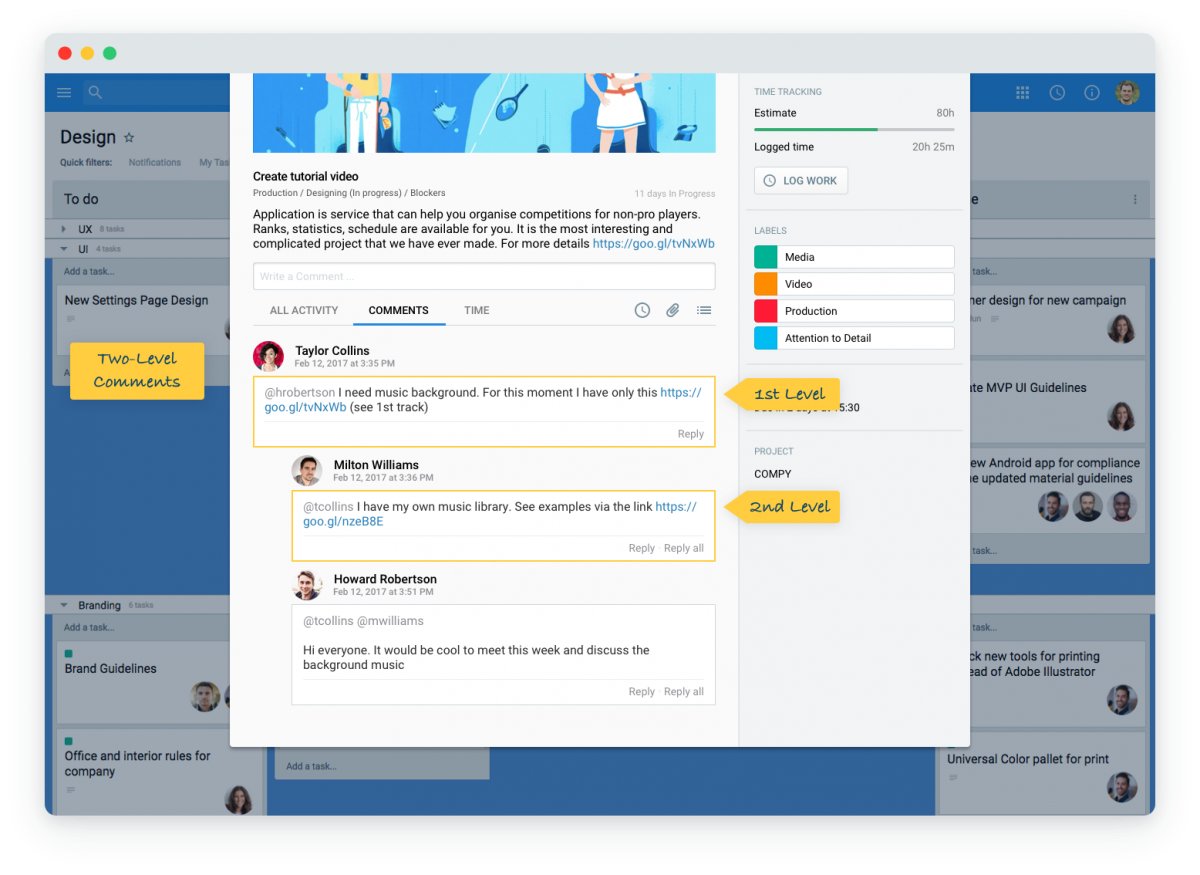 Another peculiarity of Hygger is Two levels comments. It gives a clear vision of the conversation and participants involved in it.

Each branch of comments will be separated from each other. The comment structure won’t give your comments to be mixed, and won’t give you lose the thread of the conversation.

Lesson 7
Did this answer your question?